Crocheter? Fiber artist? What do you call someone who crochets? The answer isn’t always straightforward. But I asked everyday crocheters to see what THEY preferred…and also how they refer to themselves when talking to others!

Sometimes as someone who crochets, there are some interesting conversations that happen with people who DON’T crochet.

Of course, the classic question from a non-crocheter is “Oh, what are you knitting?” Crocheter grits teeth and responds “IT’S CROCHET!”

But besides that, another topic of confusion might be what you should CALL someone who crochets.

So today, I wanted to bring some thoughts about that to the table. As we get started, let me clarify that I’m going to cover this topic from two different perspectives.

First, we’ll talk about how crocheters refer to THEMSELVES. What they say if someone asks them about their hobbies. What they say when they’re just talking to other people who crochet.

However, after that, we’ll really dive into the definition of the word crocheter. This term is often confused and misunderstood since it is hard to tell if it is ACTUALLY a word.

Hopefully, all this information will help different groups of people:

What to call someone who crochets

Before I dive into more information, here’s a quick list that I’ve come up with:

How People Who Crochet Refer to Themselves

Recently, I asked a question in my Facebook group that is filled with over 2,500 members who crochet:

“How do you refer to yourself to other people when it comes to crochet? Do you use the term “Crocheter” or something else?“

I got quite a few responses, but one of them showed up over and over again.

Most people said “I just say that I crochet.”

In other words, most people may not even give themselves a specific term. When talking to people who DON’T crochet, the easiest thing to do is to just tell them simply that they crochet.

What Crocheters Call Themselves Depends on Who They’re Talking to

However, many people who commented on that post clarified something else: what they call themselves depends on who they’re talking to.

While they may just say “I crochet” to someone who they don’t know, they talk very differently to friends who also crochet!

This is where that short list of names above in. Many people call themselves “hookers” because of the classic crochet hook (that is NOT a needle and is NOT sharp, may I clarify😉)

However, I have found there are mixed opinions about using the word “hooker” due to its negative connotations. So this may be a place to tread lightly.

That said, usually people who crochet do have some kind of lingo that they use when they talk to others who crochet. Alternatives to hooker are things like “fiber artist,” “crafter,” or “yarnie”.

Those three terms above are usually used when the person does MORE than just crochet. For example, someone who calls themselves a fiber artist may crochet, and spin wool.

Or, someone who calls themselves a yarnie may crochet, knit, and overall just LOVE yarn.

Here are some more responses I got on my post (by the way, if you’re looking for a community of other crocheters, make sure you come join! We have so much fun in this group!)

Let’s Talk about the word ‘crocheter’.

Of course, one of the most common things you may hear is that you should call someone who crochets a “crocheter.”

Personally, when I’m writing here on the blog, I do use this word a lot. It seems to be a good, simple way to describe someone who crochets.

So clearly, many many people who crochet DO think of themselves as crocheters.

However, when speaking, this term can be an awkward one to say.

For example, sometimes the term “crocheter” confuses people who doesn’t crochet. It just doesn’t sound ideal when said out loud.

Is ‘Crocheter’ Even A Word?

Another thing you might wonder is “is crocheter a word?” If you’ve ever typed it before, you’ve probably noticed that program you’re using inserts the dreaded red line underneath “crocheter.”

Of course, this dreaded red line always means that you’ve misspelled the word…except with crocheter, it is not a misspelling.

So is crocheter a word, or not?

I did an experiment to see what other websites and dictionaries say. First, I typed in “is crocheter a word” into google. The result that came up was kind of funny.

It autocorrected my sentence and said “Did you mean: is crochet a word?”

And of course, I thought, NO! I am really asking if crocheter is a word. 🤣

More crochet jargon – find out what frogging means in crochet!

I kept doing some research, and here is what I discovered:

From what I can tell, the technical term for crocheter is actually “crochetier.” In fact, when type crochetier on my blog, no red line comes up!

The reason for this is that the overall term crochet comes from the French word for hook. So technically, the translation from French makes the title “crochetier.” It seems that English speakers have made the term simpler by just saying “crocheter” instead.

You don’t find the specific word “crocheter” in dictionaries. It is simply not there. However, some dictionaries redirect the search for crocheter to a “crochet” definition page. Which tells me that there are enough people searching for the term that it should really get its own definition!

In fact, I would argue that enough people (thousands, if not millions!) use it that it should be considered it a word!

So there you go, the explanation and definition of the word – yes, the WORD crocheter.

I hope you’ve found this information helpful! If you’re a crocheter yourself, I’d love for you to come take a look around the blog. I have tons of free crochet patterns and stitch tutorials. 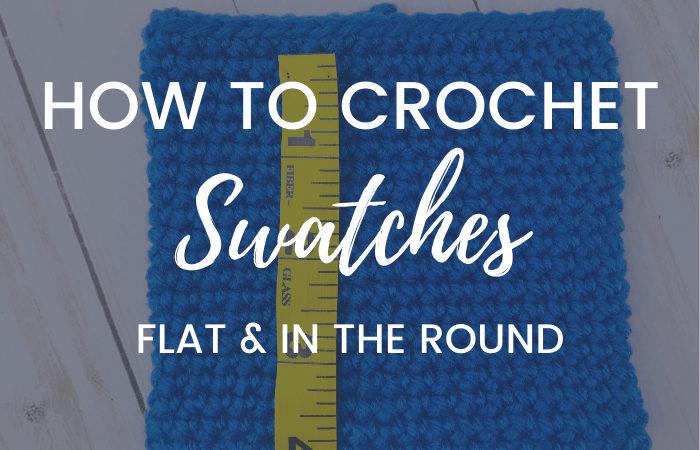 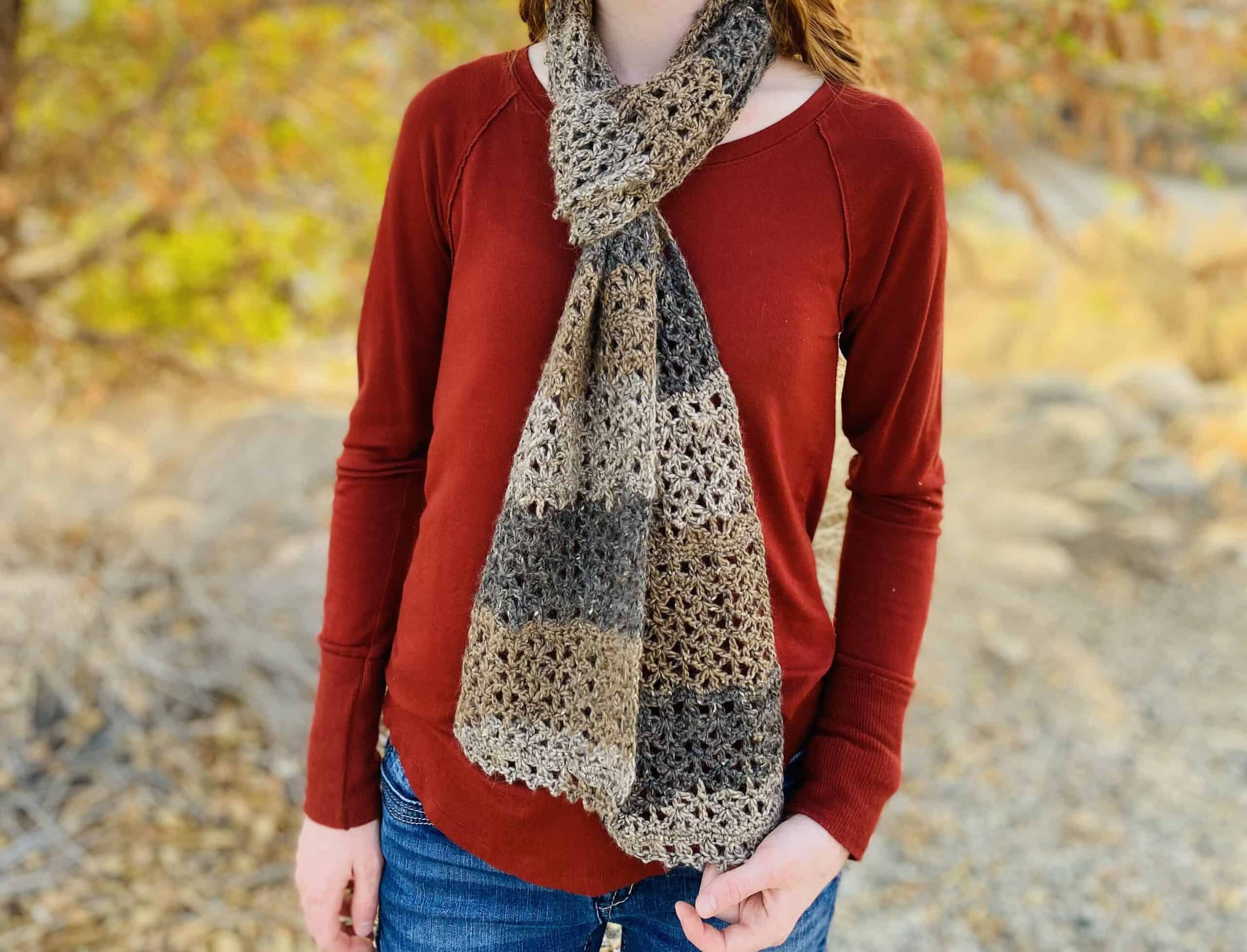 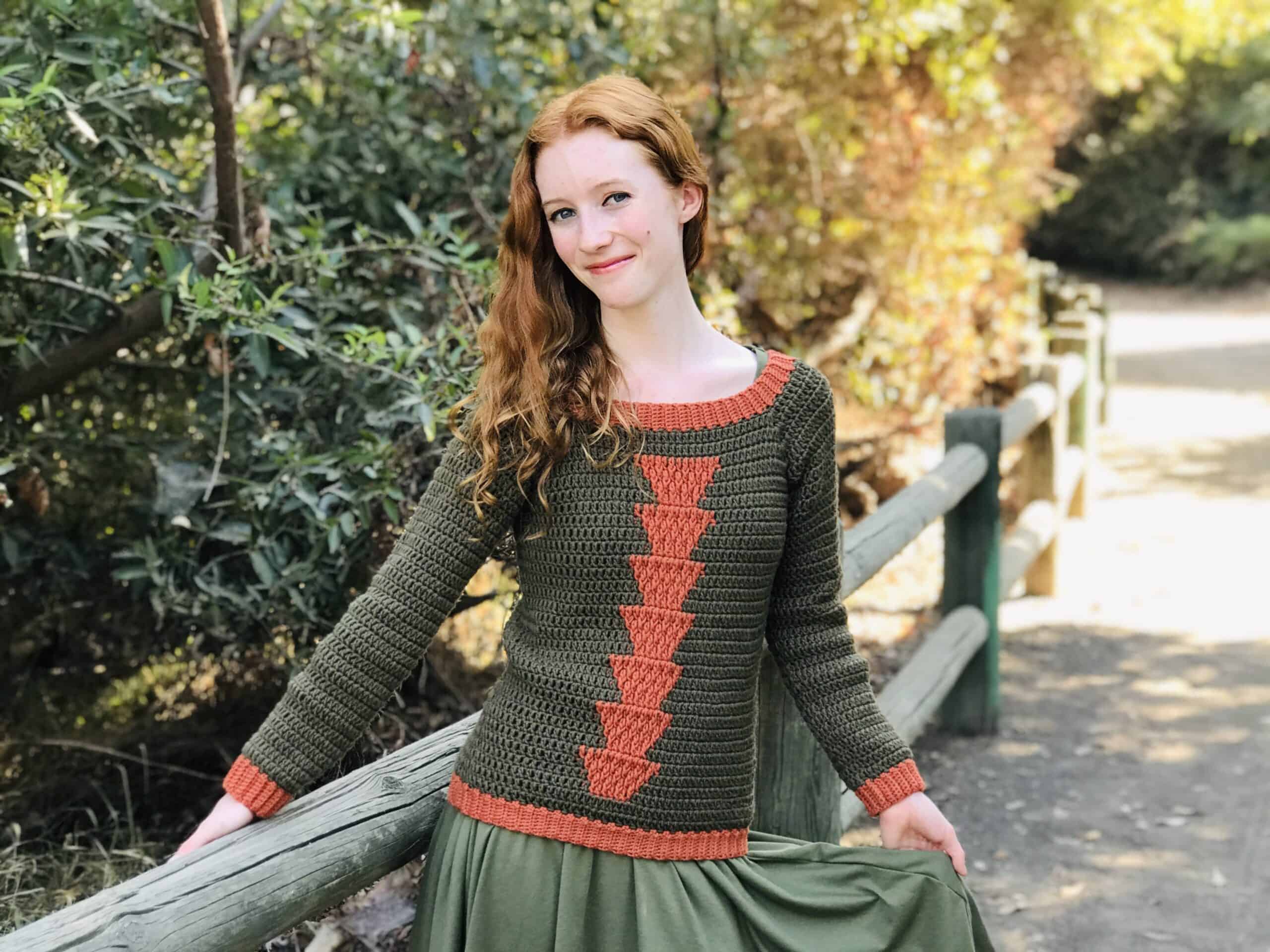 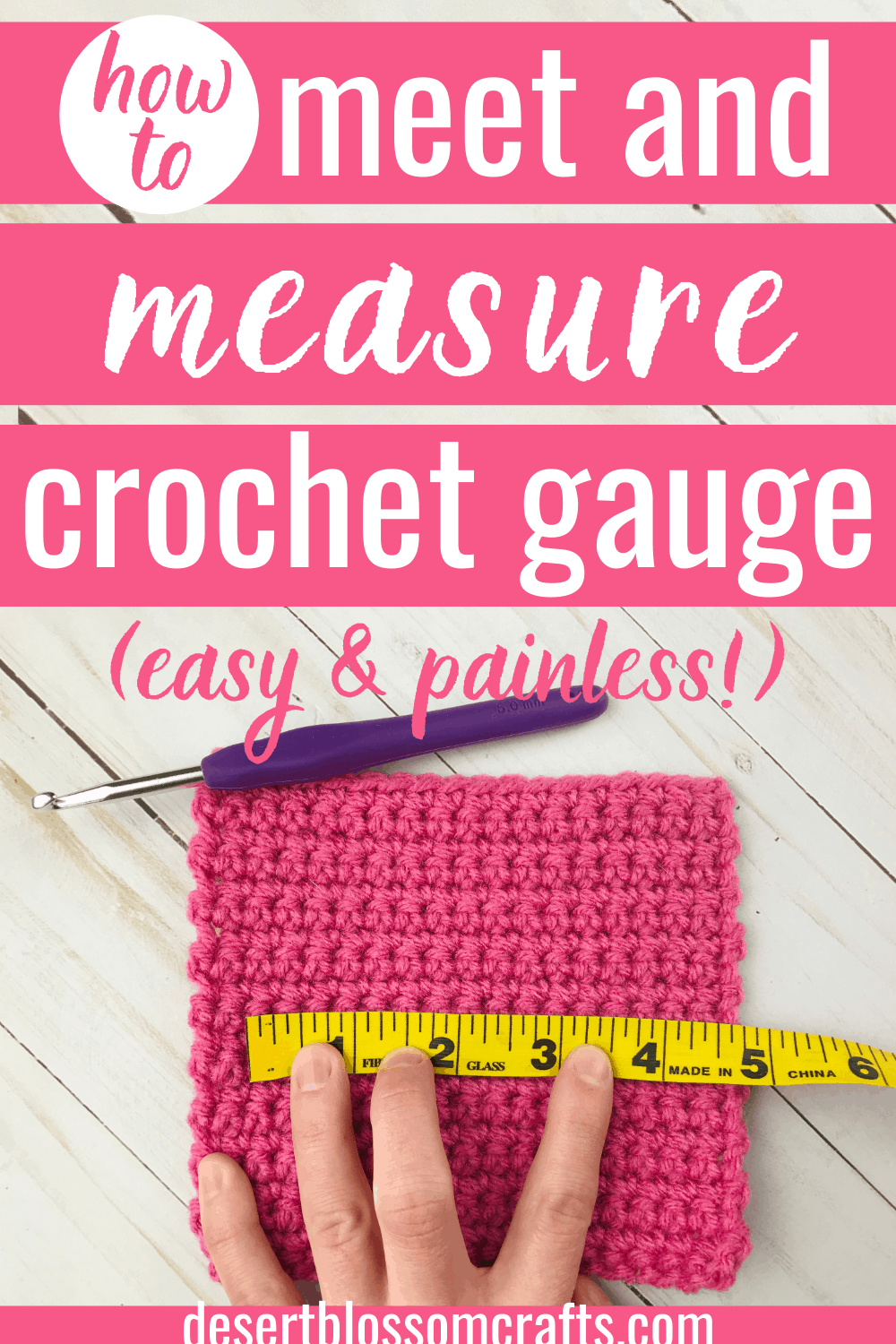 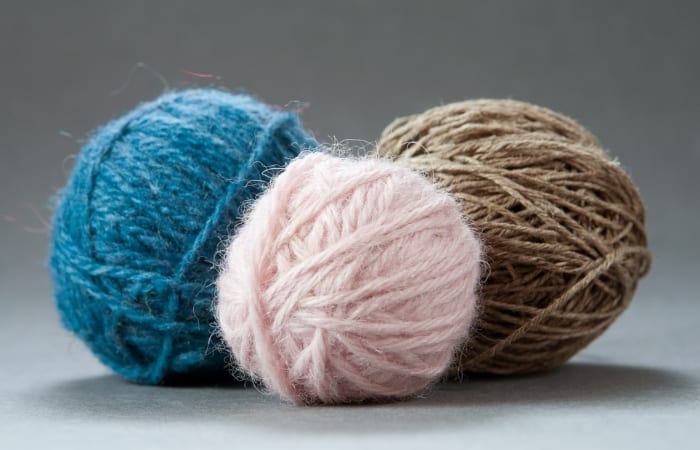 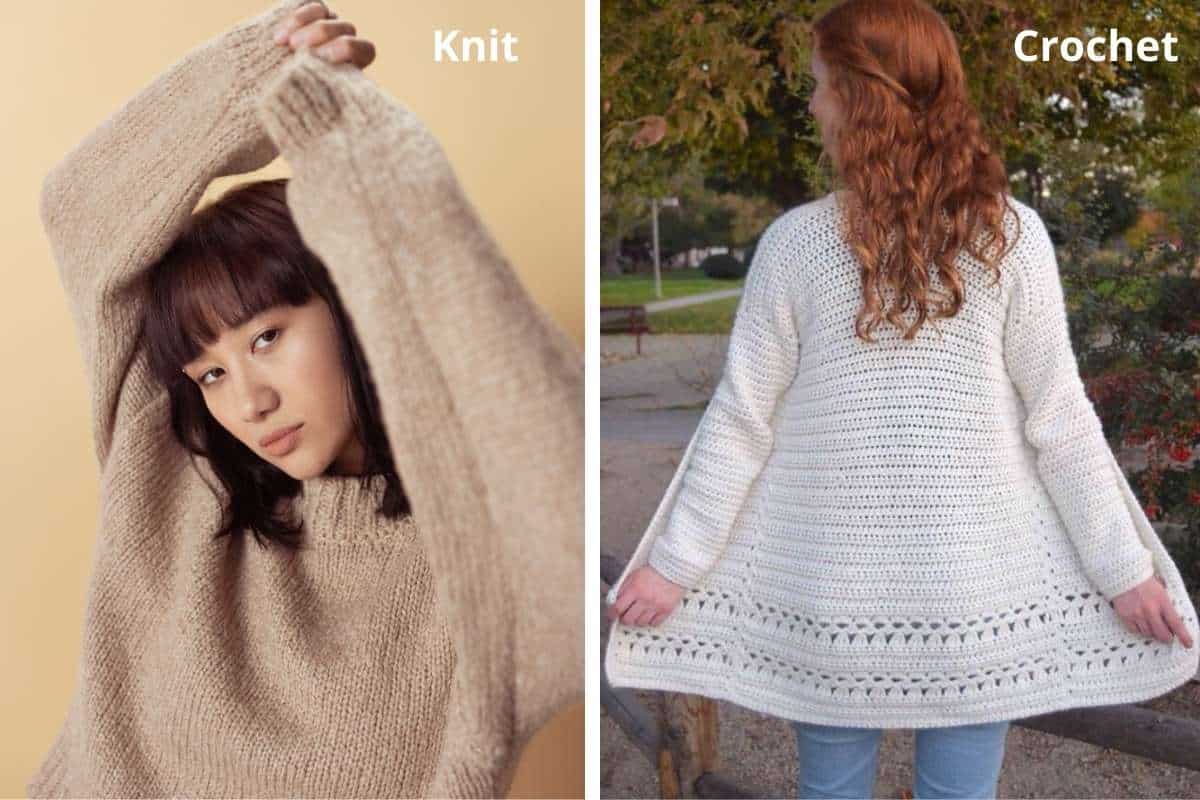 Download your own CROCHET GARMENT CHEAT SHEETS - FOR FREE!

Do crochet garments frustrate you? You can't get sizing right, or you're afraid to even start? Download these cheat sheets that will teach you the 6 essential concepts to understand before you crochet a garment!